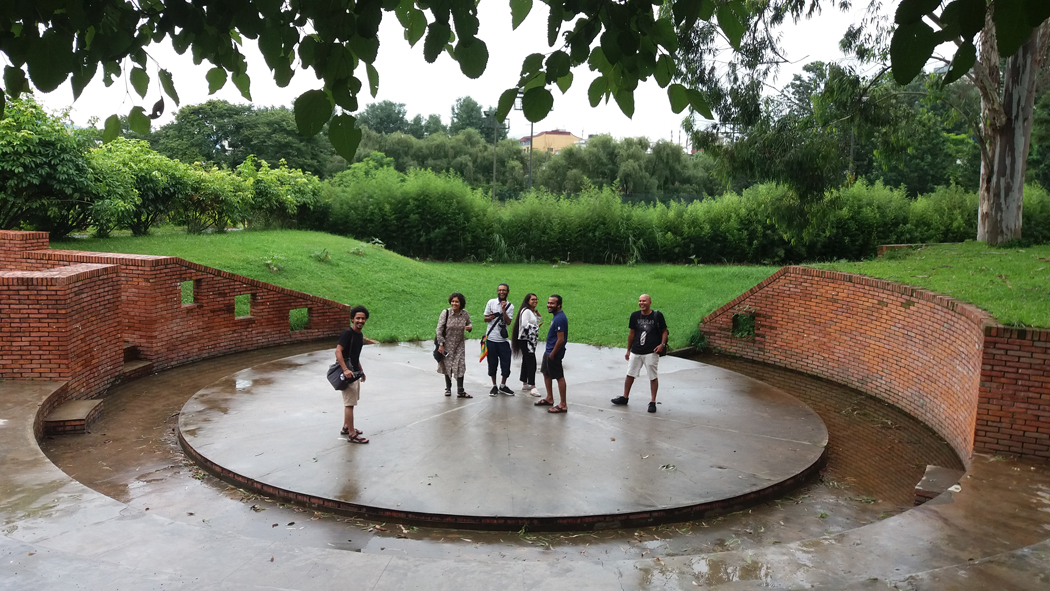 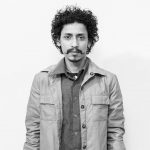 Born 1984, Emran sohel is a visual art practitioner based in Dhaka. He started his academic career as a fine art student at Faculty of fine arts, University Of Rajshahi and Dhaka, after that in 2007 he shifted to Santiniketan (India) then completed his BFA and MFA degree in Drawing and Painting from Kala Bhavana, Visva Bharati, Santiniketan. He is a multidisciplinary art practitioner whose work spring out of his interpretations of local and global contexts of modernity, post modernity and all other contemporary conditions which defy categorization. He operates from within the space between natural and man made space, personal and social times while taking into account secret lives of plants and objects. On the other hand Emran &#39;s focus on public art in the context of public act where there is an integrated practice of art and culture and political art engages with local cultural form and generate a different approach to performance art as a Neo platform for critical social and cultural practice in public place where public life is a multilayered heterogeneous situation of community life. One of the founder members of Daagi Art Garage, an artist collective formed in 2013, Emran has so far explored painting, assemblage, sculptural installation, performance, interactive projects, etc. He has participated in many group exhibitions, workshops, site-specific art project and some residency program in Bangladesh and Abroad. 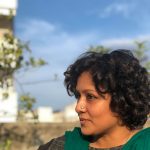 Farzana Ahmed Urmi is a visual artist from Bangladesh. She completed her MFA in 2010 in  printmaking  from Faculty of Fine Art, University of Dhaka, Bangladesh. She was awarded from Media Best (woodcut) Award in print making Department at Annual Art Exhibition organized by Institute of Fine Art University of Dhaka, Bangladesh and Artist ‘SAFFIUDDIN AHMED’ one year scholarship form Dhaka art center. She has participated all national and many other group exhibitions in Bangladesh and aboard. She attended residence programs at Jeonbuk museum of art (JMA). South Korea , sandwich Kyoto, Japan, Worked at sculptor Koheinawa’s studio as a learner and art Residency, Barcelona Spain. Recently she is interested on sculpture media and started doing work on it .and trying to blanding paintings and sculpture together . 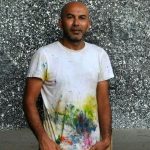 Mohammad Hasanur Rahman  Reaz is a Visual artist From Bangladesh. He was born in 1975, Barisal, living Dhaka since 1978. He completed his MFA course from Modeling and sculpture department, Fine Art Institute [Presently faculty of Fine Arts] University of Dhaka in the year of 2002. In 2004 he moves to Northumbria University, Newcastle, UK to take part in full time MA Fine Art Conservation [Easel Paintings] course. In 2007, he established studio with Bangladesh Shilpakala Academy and working as a painting conservator as well as practicing visual art. Since 1993, he has attended various national and international workshops and group Exhibitions including 11th -18th Young Art Exhibition, 13th -21st National Art Exhibition and from 9th -16th Asian Art Biennale organized by Bangladesh Shilpakala Academy. He has participated in several international residency programs in Japan, UK, Portugal, Mauritius, Belgium, Norway, Scotland and India. He has received several award along with young and National art exhibition organized by Shilpakala Academy. As a visual artist his preferable working field is installation, drawing and sculpture, did a solo exhibition in 2018 at Alliance Francis Dhaka.  He is Founder director of SANDWICHDHAKA (A Creative Platform of Contemporary Art). 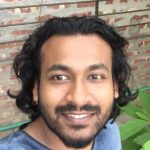 Mohammad Mojahidur Rahman Sarker is a Sculptor / Visual Artist from  Bangladesh. He was born in 1990. He completed his MFA (Sculpture) in 2014 from Institute Of Fine Art, University Of Chittagong. He was awarded many times for his best performance/work including Best Award Of Installation, 19th young Artist Art Exhibition, Organized by the Bangladesh Shilpakala Academy in 2014. He has participated in all national and many other group exhibitions in Bangladesh. He has attended residence program at sandwich Kyoto, Japan in 2015 and 2016. He is interested in installation and Sculpture as well. Suborna Morsheada is a visual artist from Bangladesh. She was born in 1990. She completed her BFA (print making) from Print making department, Faculty of Fine Arts, University of Dhaka in 2013. She was awarded from Kibria young printmaker Best Award 2016. She has participated in all national and many other group exhibitions in Bangladesh. 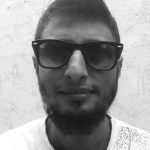 Syed Muhammad Zakir is a visual artist based in Dhaka. He mostly likes to work in public places. General public and the environment are part of his work. The questions from the deep of our soul, desire, the universe and the cosmic journey are the subject matters of his work. Live act, performance art, installation art and wall art are his favorite media. Connecting with people using body movement, instant activity, and the tendency to make them think about his activities are visible in his work. From this angle, his work is satirical and philosophical. He is also inclined toward land art and landscaping. He likes to create art with materials that are easily available.
He uses strong lines in his drawings. He likes to represent a different time and different forms and prefers simplified expressions. His imagination roams freely in his chosen forms and subjects. Bright and metallic colors are seen in his artwork. His art is mostly drawings.
Zakir was born in 1975 in Rangpur. His art practice started when he enrolled in The Fine Arts Faculty of Dhaka University in 1994. He was academically trained as a sculptor. His first collaborative performance show was in 1996. After that he has performed in more than a dozen solo performances. He has participated in countless collaborative performance art shows. He has been working in street wall and wall art for a prolonged period. Besides that, he continues to create drawings.
<p 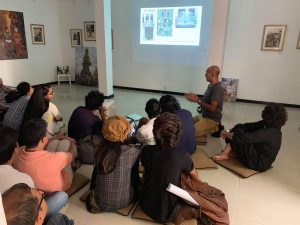 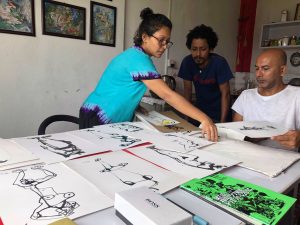 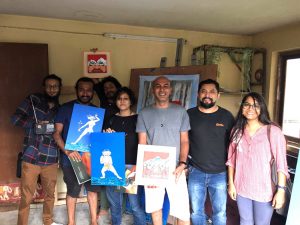 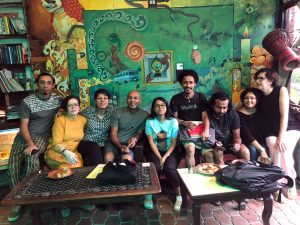 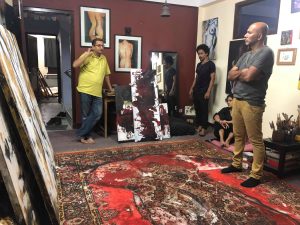 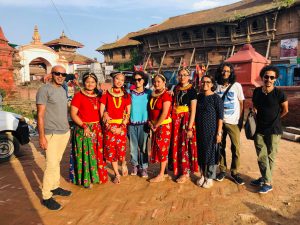 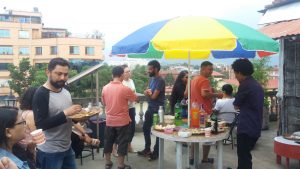