Studied at School of Printmaking and Design, Cologne, Germany, and at Dun Laoghaire School of
Art and Design, (IADT) Dublin, Ireland. During his art career lived and worked in various countries
among others Spain, Argentina, Australia, Taiwan, Russia, and Mexico. Since 1981 worldwide
participation in exhibitions, projects, video/film festivals. 2007 First Land Art and installations
objects. 2010-2014 strong focus on photography and experimenting with moving images. In 2014
first video films and performance pieces. Since that year conducted several video and performance
collaboration projects with artists from Europe, the Far East, Africa, Russia, and Mexico
Themes in my work have a vision towards identity, relations (between humans and humans environment),
transition, boundaries, lost, loneliness, sexual topics, inner strife, time,
destruction, death.
I am interested in isolating these subjects respectively objects, cataloging them, analyzing them, and studying them in detail. Deepening the context in which they find themselves, how they differ
from one place to another, urban/rural and social environments, neighborhoods or communities. 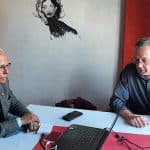 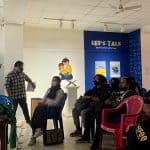